A Man of Vision and Virtue 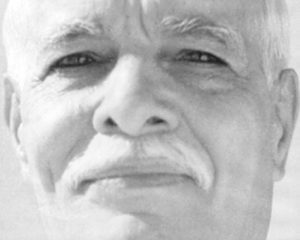 This week, on 18th January, I celebrated the anniversary of Brahma Baba, the founder of the Brahma Kumaris Meditation Organisation.  His spirit departed in 1969, yet his legacy continues. He was a great visionary, and a noble and good-hearted person.  During his lifetime and up until today, he has inspired probably millions of people with his simple and elevated lifestyle and aspirations to become a better and truly benevolent person… a world benefactor. Here are a few examples of his life and how we too can take inspiration.

Listen to the Audio (Music by Chinmaya Dunster – On Sacred Ground)

From the late 30’s until 1969, Brahma Baba lived in an ashram in Sindh and later in Mount Abu, North West India, with a dedicated group of about 300 men and women. Everyone adored him so much. He was like a spiritual father, mother, teacher, friend, and much more. Each one has beautiful and touching stories to tell about him. 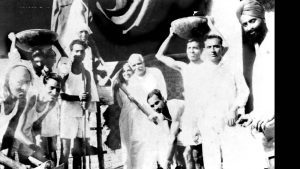 His Humility
In those days, cow dung patties were used for fuel. Brahma Baba himself, along with others, would make them in the front yard of the ashram. When someone came to the Ashram to meet Brahma Baba, they would ask; “Where is the head of this institution?”  And others would answer: “This is him… helping us make these patties from cow dung…” The person would be shocked and amazed that someone so senior would be doing a menial task such as this, when no other guru would even get off his Gaddi (holy seat) to get a glass of water.

He Cared and Shared
During the early days of the organisation, they had to plan their meals very carefully in order to be economical.  Only a certain amount of lentil soup was made, and only a certain number of chapattis, so that nothing would go to waste. One day a few of the old mothers came up to take more soup but there was none left in the pot.  Baba found out and gave them his own soup for them to eat.  The reason they wanted more soup was because they didn’t have teeth and couldn’t chew the dry chapattis and so were still hungry!

His Wisdom and Intuition
One night, the head cook came to Baba and said: ‘Baba, tonight we have a dilemma. Either we cannot give milk tonight to the children… (those living with him were known as children, since he was Baba – the father) or we can’t give them yoghurt in the morning, because some of the milk that was meant for tonight has become spoiled, and we need the good milk to make yoghurt for the morning’.  So Baba thought quickly and said, “Tonight, Baba will distribute the milk”.  As each child came up to Baba and looked in his eyes and felt his love, they did not see how much milk Baba was pouring. Normally the head cook distributing the milk would fill their glasses to the top; today it was only half a glass. But everyone was so contented with Baba’s loving gaze, that they felt full and satisfied. The milk was secondary and they did not notice.  In this way, there was milk for everyone at night, as well as yoghurt in the morning. 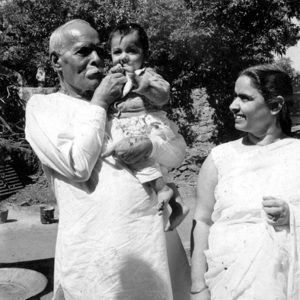 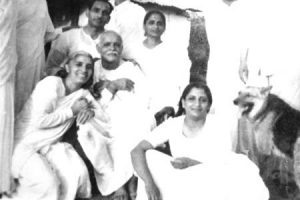 His Love
Someone in the ashram was sick and had diarrhea on and off for about two months. She hadn’t slept well for that time.  In those days professional medical help was not easily accessible on the mountain. Baba found out that she was not well.  He came up to her and said, “Child, don’t worry, everything will be alright. Baba will give you an injection and you will soon be ok.”  He soon asked for an injection and also some milk. Without her knowing what it was, Baba gave her an injection of milk. She slept very well that night and began to heal. She felt she would have died without that ‘injection of love’.

His Humour
Once it was April Fool’s day.  Baba had had special sweets made for the children.  As he passed them around to the children, they all felt something in their mouth, something strange.  He had filled the centre of the sweets with cotton wool.  And Baba had made sweet fools of them.

Another time.  Baba had the soap coloured with some dye.  He gave it to one sister specifically.  When she started using it, it started to colour her skin.  In this way Baba used to play with this little family around him.

His Generosity
Another one of the senior sisters and meditation teacher relates: “It was 1957 when I first met with Brahma Baba.  He was like a grandfather to me then.  I was only 8 years old. His personality was very charismatic.  Following that we moved to London.  When I was aged ten, we received a parcel by airmail.  In the parcel there were Alphonso mangoes from Mumbai.  My brother and I were quite delighted as at that time there was no name or trace of mangoes in London.  We wondered who the box was from… and it was from Brahma Baba.  He had been sitting in Mumbai eating mangoes, and he remembered us and airmailed the mangoes to us.  I was quite taken aback.  Up until that point none of our relatives had remembered us, or gone to the trouble of sending us anything!”  Such was Baba’s love and generosity. 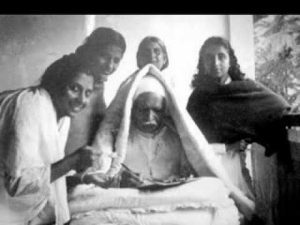 His Farsighted Vision
The same sister continues her story. “We met Baba again in 1968 in Mt Abu.  At that time he told me ‘Child, you will go to London and serve many people and share this knowledge.  And they will ask you: where did you get this knowledge? And you will reply, from Mount Abu!’  And surely that is exactly what happened.  When I moved to London and went to give lectures in various places, many people would ask me that question and I would give that same reply.  He foresaw my future role and continued filling me with power to be able to fulfill that role.”

His Thoughtfulness
Once one teacher related: “There was a training for teachers taking place in Delhi, and I was sent to be part of that.  But when Baba found out that we had to cross a very busy main road each day to go from where we stayed, to the hall where the training was, then Baba cancelled the training and asked us all to come to Mt Abu instead. Such was his care and attention for our safety.”

His Encouragement
One meditation teacher related that she went to Brahma Baba and asked him why she was made a female in this birth. In India at that time, women had a low status and were not given the opportunities, status or respect that was afforded to men. Baba gave her so much love and reminded her about her own specialties, and also and how important women were in the role of world upliftment. She left with a renewed sense of self-respect. Baba knew that the feminine qualities of love, nurturing and compassion were exactly what the world needs at this time, and that women had a very special role to play. Even today it is the women that run the Brahma Kumaris Organisation. 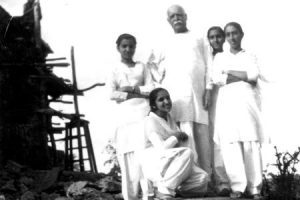 His Faith
There was a time when Baba asked one brother to look for some land to purchase in his city. Baba thought that a very good ‘museum’ (permanent exhibition) should be built so that many people would be able to receive spiritual knowledge and upliftment. Baba immediately understood and responded to the brother’s surprised look, and said, “Don’t worry about the cost child, the money will come from somewhere. You just look for the land and someone will be inspired to help.  Baba is here with you”.  The brother found the perfect piece of land easily and, as Baba had envisioned, the money arrived and a museum was built.  Baba simply had undoubting faith that anything is possible.  We just have to keep a determined thought and unswerving trust, that’s all.

And the stories can go on and on. Brahma Baba started the institution in 1936 and it has grown from one little room on a mountain top where Brahma Baba did his intense meditations, to a network of many thousands of centres in over 130 countries around the world.

It’s Time… to learn from such a noble man and to be inspired to lead by example. 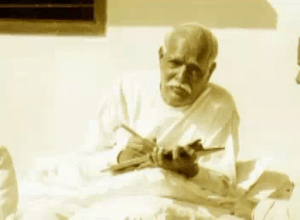 Hello Everyone, Season's Greetings and all best wishes for the coming new year.  It will be what [read more...]

Christmas time… Time for Peace “I have the faith that force of peace is greater than the atomic[read more...]

Living Without Regret We could say that regret is an emotion of sadness or disappointment, wh[read more...]